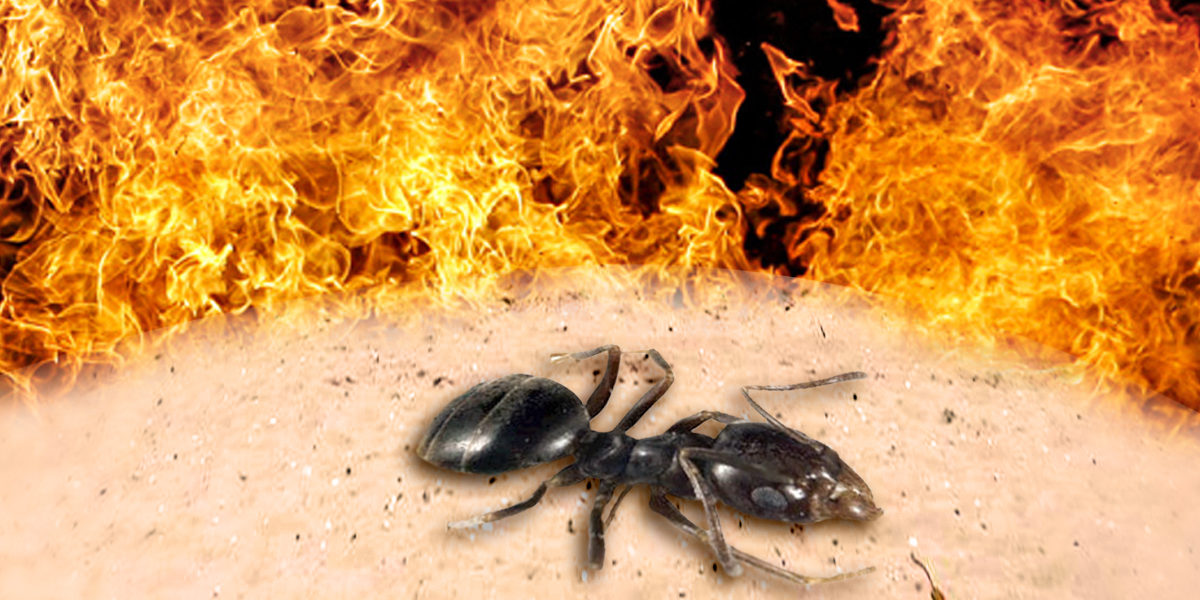 Tapinoma kinburni is one of the two rarest species of ants in Ukraine. Of course, it is listed in the Red Book.

We are not writing this news because an ant is depicted on our logo. But because people may never see this particular ant again.

This relict steppe species is known only from the Nizhny Dnipro sand arena (Kherson and Mykolaiv regions) and once upon a time from the limestone slopes near Svyatogorsk in the Donetsk region.

In other words, we are talking about a species that is known to science only where there have been almost continuous fires from hostilities for the past 3 months. As we have already written, the Black Sea Biosphere Reserve, the National Park “Holy Mountains” and the National Park “Biloberezhya Sviatoslav” on the Kinburn spit were the most affected by the fires this year.

All the places where scientists have ever seen the Tapinoma kinburni, which survived glaciation and the formation of the entire modern landscape of Ukraine, are now on fire.

Even earlier, this species was consistently found only in protected areas of the sandy steppe, in other areas only isolated finds were known. The species disappears due to livestock grazing and plowing of the steppes. What about total fires? What are the chances of a 2.5mm ant surviving in the burning steppe?

We do not know if we will ever see this rare insect again after the war is over. However, the hope of its existence shows how easily neglecting nature can lead to disaster: both during war and during plowing in peacetime. A species that survived only in nature reserves, where farmers could not plow the steppe, may now disappear forever due to the fact that war has come to the protected lands.