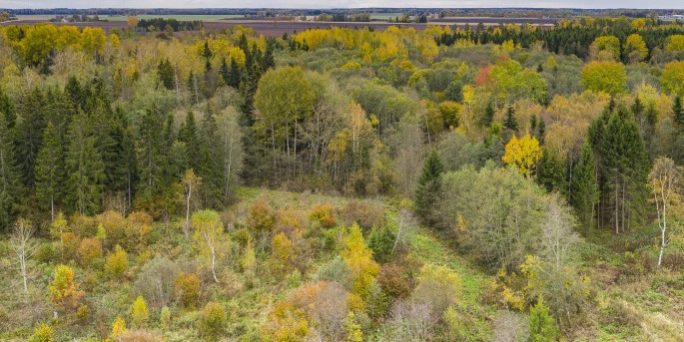 Ukraine Recovery Conference (URC 2022) in Lugano: was there a place for forests?

Ukraine Recovery Conference (URC 2022) took place on 4-5 July in Lugano, Switzerland. Over 1000 participants attended the event, including high officials from Ukraine and numerous EU countries. URC 2022 aim was to represent the plan for rebuilding Ukraine developed by Ukrainian government and discuss further steps for its implementation, in particular, through financial aid from partner countries.

The Minister of Environmental Protection of Ukraine, Ruslan Strilets, represented environmental block of the plan involving forests. The promulgated plans and action plans, in particular, cover the following:

The documents which were made public during URC 22 were severely criticized by Ukrainian environmental NGOs. They believe plans on different sectors (e.g. environment and agriculture) are inconsistent and non-systemic and envisaged numerous actions do not correspond to the European Green Deal principles.

On the other hand, true priorities for environmental protection – for instance, approval of seven draft laws essential for the environment or the list of key reforms in the forest sphere that were supported by dozens of NGO in Ukraine and EU, are either not included in the action plan or included only partially.

The question whether the plan for environmental renewal and conservation represented by the Ukrainian government is going to receive funding from Ukraine’s partner states, still remains open.

The next set is a stellar opportunity to add to the existing sanctions regarding russian timber and make them more effective.

Export of timber and timber products is an important source of income for the russian military machine amounting to USD 14 billion per year. The fifth set of sanctions establishes prohibition to import the majority, but not all timber products from russia.

In addition, the wording is too vague to clearly define whether it is forbidden to export products made of russian timber in the third countries (China, Uzbekistan, Vietnam etc) or transported through those countries. Absence of inambiguous prohibition will allow russia easily avoid sanctions selling products through intermediaries in other countries.

Therefore, all the above aspects need to be included in the sanction package, which is still being emphasized by numerous Ukrainian and European NGOs.

The majority of Ukrainian forests belongs to the state and are managed by state forestry enterprises which number over 170 and mostly receive no funding from the government. Numerous problems of this arrangement as well as possible solutions were repeatedly articulated at all levels.

In June 2022 Ukrainian government put forward an initiative to unite all state forest enterprises in Ukraine into one enterprise, which came as a surprise for many. The government believes it would allow to remove the conflict of interest in the forestry sector, enhance sustainable operation for forestries that cannot make money on logging and solve a number of other issues.

The initiative instantly caused strong criticism from many sides. Forest representatives communicated the risk of job losses, communities spoke about decrease of local budgets revenue, and environmental public mentioned the risk of forests being carved up during the joining, as well as the risk of further privatization of state forests.

The initiative received no support from the ‘environmental’ committee of Ukrainian parliament. During discussion, MPs emphasized that a number of laws need to be amended prior to uniting forest enterprises. Some deputies were apprehensive that uniting forest enterprises was initiated by an owner of large wood processing companies, businessman Leonid Yurushev who can lobby decisions through the officials he controls. MPs believe that uniting the forestries will facilitate Yurushev companies’ access to timber, which has nothing to do with real reforms.

We believe that Ukrainian forest management reform is overdue. However, it should be approached in a weighted and systematic manner, engaging all stakeholders and taking into account all possible risks. Doing it properly in the situation of the russian invasion is virtually impossible.

In the previous newsletter we reported a number of legislative changes accepted shortly after the full-scale russian invasion that facilitate forest harvesting:

Following significant public criticism, the Ministry of Environmental Protection promised to the cancel the effective limitations on sanitary and a number of other cuttings. However, the document has not been approved yet, which means the final version will require analysis and conclusions.

Fires and illegal logging of forests in Chornobyl exclusion zone

Forest fires continue in the forests of Chornobyl exclusion zone. According to employees of Chornobyl biosphere reserve, over 400 hectares burned out in July this year alone. Since the beginning of full-scale invasion, fires covering over 26,000 hectares were registered in Chornobyl forests. Some of those were as large as 7,600 hectares.

The situation has been aggravated by the fact that the exclusion zone was under occupation in March. Not only did russian troops lay mines on large areas of the zone, they also stole or damaged more than a hundred pieces of firefighting equipment, which makes fighting fires much more complicated.

At the same time, the State Bureau of Investigations reported about the suspicion to a high official of the exclusion zone for illegal logging in the area over 100 hectares. The fact of the illegal logging was found back in 2020 by NGO Ukrainian Nature Conservation Group experts. The official is looking at seven years in prison. It is one of a few examples when illegal cutting in Ukraine was investigated and it will be not a forester, but a high official to be potentially prosecuted.