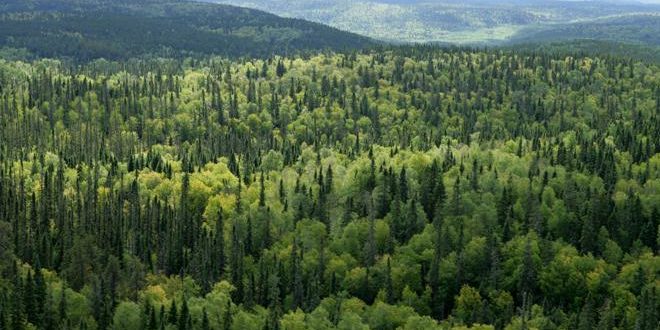 Our country is at war. But vested interests in Ukraine are cynically using the conflict to water down environmental controls.

Environmental protection has never been among the Ukrainian government’s priorities. And the situation became even worse when the war started. Oddly enough, war became a window of opportunity too, as Ukraine got a viable opportunity to join the EU when Russian invasion started.

Therefore, more than 30 Ukrainian NGOs, including Environment-People-Law and WWF-Ukraine, are calling upon the authorities to pass 7 critical environmental laws without delay. Some of them directly concern forest protection:

More details about the campaigns progress will come in our following newsletters. Watch this space!

The war in Ukraine demonstrated extraordinary unity both at home and abroad. However, shady business and the desire to destroy nature are still around. On March 15, 2022 Ukrainian parliament passed the Law No. 7144 which cancelled an important environmental regulation.

The so-called “silence season” – a prohibition to cut timber in protected areas and other forests during the critical time for animal breeding between April 1 and June 15 – shall be called off during the ongoing period of martial law.

Indispensable for conservation of biodiversity, the silence period was highly inconvenient for the foresters. Using the war, they lobbied for its cancellation under the pretext of “supporting the country’s defensive capabilities”. However, forests not covered by the silence season can sufficiently provide for the needs of the economy amidst market decline. It appears that pregnant forest animals and not Russian soldiers pose a threat to Ukraine. And they have to be destroyed to win.

The entire process from the draft law registration to the law being passed in full took only… 48 hours! Civil society had zero possibility to influence the situation. By the way, this is not the first time the parliament has passed laws during the war without any adequate discussions, covertly and in a undemocratic way.

As a reminder, a 2020 investigation revealed that a supplier to famous Swedish furniture retailer Ikea was found to have purchased wood from a Ukrainian supplier who had flouted this law.

Incidentally, the Parliament used the same law to exempt the projects involving “renewable works to control the impact of armed aggression and fighting during martial law and during the rebuilding period after cessation of hostilities” from the requirement for an environmental impact assessment. There is no definition of either the projects or the rebuilding period, so we expect abusive practices on a large scale.

Since the beginning of Russian invasion Ukrainian authorities have limited access to numerous public resources and databases, including forest-related.

The following are no longer publicly available:

Authorities claim they have discontinued access to such information because it could be used by the Russian aggressors. This explanation is justifiable for detailed forest maps only. It is still unclear how the occupants can make use of the list of planned timber harvests.

Moreover, limiting access to information about forests is a step back and allows lots of space for corruption to grow. the reality now is that Ukrainian civil society has been deprived of the possibility to influence timber harvests and to monitor their legitimacy and sustainability. Moreover, the war has most likely already resulted in increase in illegal and unsustainable cuttings. However, due to lack of access to information, the public can only speculate about that.

These signs indicate that the war will also be a tragedy for the forests of Ukraine. If the situation continues to deteriorate, Ukrainian wood may no longer comply with requirements of the European Union Timber Regulation [EUTR], which requires imported timber to be at negligible risk of illegality.

At the same time, there is still a chance of a positive outcome. The EU can still indicate its concern about the protection of forests to the government of Ukraine and stress the importance of keeping existing environmental requirements for forestry in place, but also the importance that they be enhanced and improved.

The border with the aggressor countries should be the part of the nature reserve fund!
11th August 2022

How to help Ukrainian nature during the war?
5th August 2022