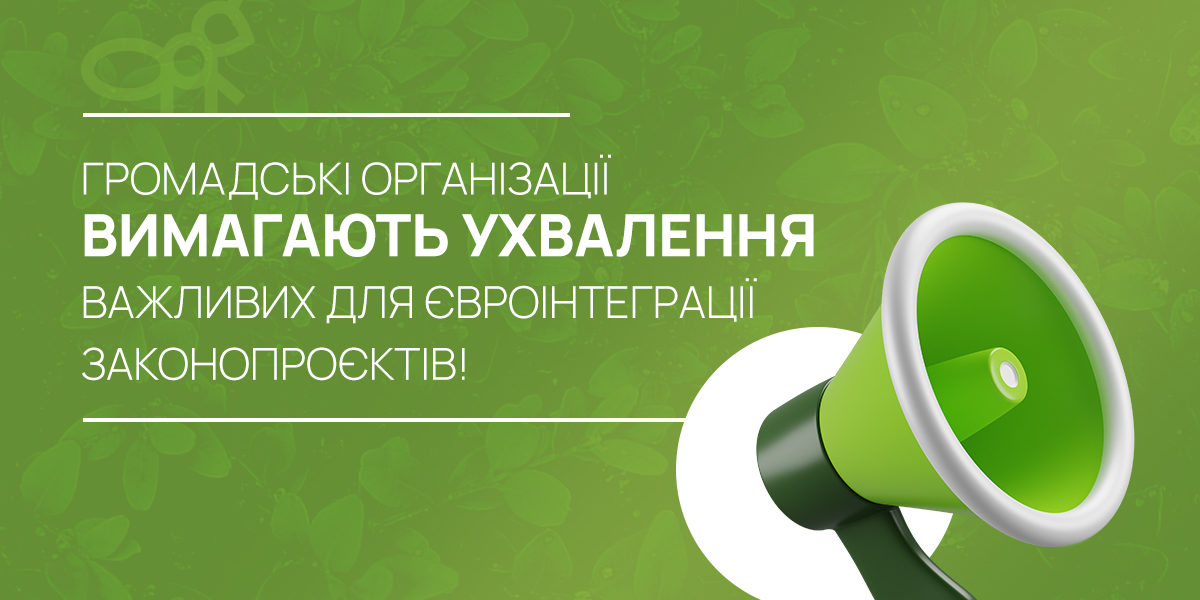 Chairman of the Verkhovna Rada of Ukraine

7 URGENT STEPS FOR PROTECTION OF THE ENVIRONMENT

IN TIMES OF WAR AND SUCCESSFUL EUROINTEGRATION

The Russian invasion is a tragedy. It is also a window of opportunity. The opportunity to provide for a higher level of safety and well-being for Ukrainian citizens. Now Ukraine is closer than ever to European integration. Will this process succeed? It will also depend on the ability of our country to protect its environment.

We, among others, have been working to harmonize the Ukrainian and European environmental legislation for a long time. We managed to achieve certain success. However, the majority of essential environmental draft laws have not been passed yet. Some of them are directly envisaged by the EU-Ukraine Association Agreement. Failure to pass up-to-date environmental protection laws can jeopardize European integration.

We are convinced that Ukraine needs environmental reforms more than ever. It is the basis for the Ukrainian ‘Green Deal’ and sustainable post-war rebuilding of the country. It is a chance to demonstrate that Ukraine is a country which has an environment among its priorities which provides for the long-term well-being of its citizens. This path contains 7 urgent steps, i.e. 7 draft laws that need to be passed.

We are also convinced that the environment is a priority even in times of war. Therefore, certain anti-environmental laws passed in March this year surprise us. They mean movement towards russia and not the EU values.

We demand the fastest approval of 7 draft laws which are critical for environmental protection and successful European integration:

These 7 steps should be implemented immediately, without further delay. We are ready to cooperate in any form to protect the Ukrainian environment!

Agency for Sustainable Development of the Carpathian Region FORZA

Public Initiative “City of the Sun”

Khmelnytsky regional organization of the Ukrainian Society for Nature Protection