WWF International and other international environmental NGOs are ignoring the war in Ukraine. What’s the problem? 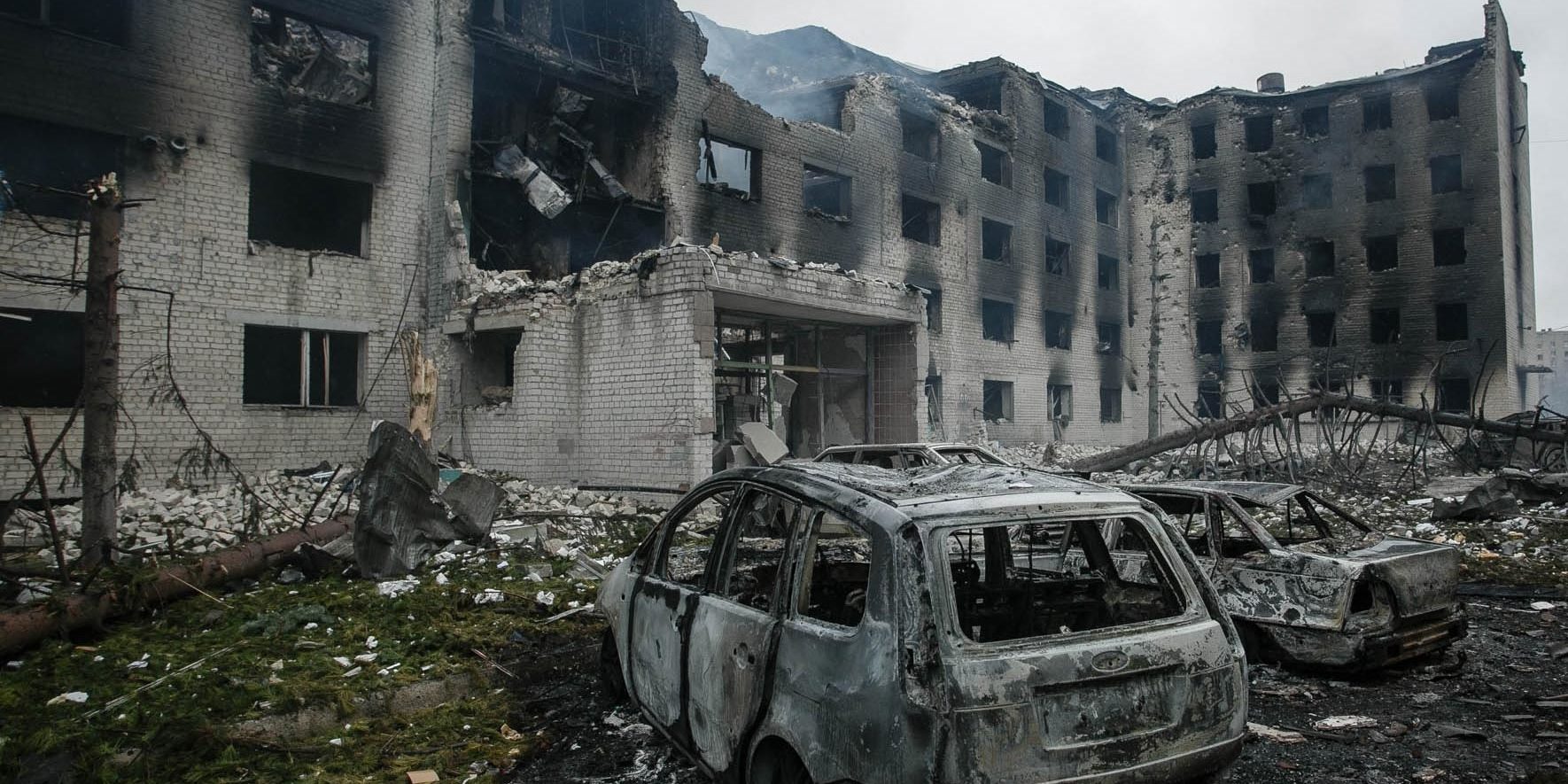 I am writing this from a flat in Lviv, in western Ukraine. My family and I have fled our homes in Kyiv with what we could carry. We’re not sure when, if ever, we will be able to return. Two days ago, my colleagues and I have started military training here, learning the basics of military tactics, working with weapons and first aid. We hope we never have to use what we learned in real life, but the russian bombs are getting closer.

The Russian invasion of Ukraine has lasted for more than ten days now. Thousands of civilians including young children have died in the violence and many more deaths are expected to follow. Millions more have had to flee their homes or leave the country as refugees with what belongings they can gather. These are extraordinary times.

Unprecedentedly, numerous countries have started to unite to support Ukraine. Their governments have begun to introduce tough sanctions, and several companies have stated they will no longer do business with Russia and Belarus.

The environmental movement has not stood by in silence either. More than 125 European organizations and diaspora communities, including several from Ukraine and Belarus, have come to Ukraine’s aid. They have called for a ban on Russian and Belarussian wood. More than 450 organizations similarly called to stop import of Russian fossil fuels. These efforts have started to bear fruit: several companies and organizations, including IKEA, Stora Enso, Metsa Group and the international certification label for wood,  PEFC, have already taken action or stopped all operations with Russia and Belarus.

But there are some multinational NGOs that are ignoring the issue. An example is one of the biggest and most globally recognized environmental NGOs – WWF International [World Wide Fund for Nature]. Since the Russian invasion began, WWF International’s management in Switzerland  has been largely silent about the issue. This is despite the fact that multiple national WWF offices across different countries have expressed support for Ukraine.

In a brief public statement, WWF International said ‘’The humanitarian crisis is deepening each day across Ukraine and the region, and we stand together with our colleagues, those affected and everyone around the world that is hoping for a peaceful resolution.’’

But not only have they failed to support calls from the rest of civil society, they have even tried to censor their colleagues in national offices who have taken a stance on these calls.

WWF-Ukraine was one of the very first organizations to put their names to the statement to ban Russian and Belarusian wood imports. But just days later, I received an email from representatives of WWF international’s management (I am choosing not to name them), asking us to remove WWF Ukraine’s name from it. The email stated that  “the support for this letter has not been authorized.” According to WWF International’s management (note that they are not located in Ukraine), “as an international conservation organization, we need to stick to stricter guidelines that safeguard our long-term ability to do conservation work across the world.”

Despite issuing long statements of apparent support for Ukraine, several other large environmental NGOs like Birdlife International have chosen to remain ‘out of politics’ while others like The Nature Conservancy are silent.

One could think that war has nothing to do with the environment, which would make NGOs like WWF International’s position justified. But that is a blinkered view. Unless stopped right now, the russian invasion of Ukraine could be disastrous for the whole world.

At the local level, warfare will obviously lead to environmental catastrophes: the destruction of protected areas, massive wildfires with no one to fight them, possible attacks on nuclear power plants and related infrastructure, a discharge of pollutants, and so on.  This would undo decades of work by environmental campaigners like myself overnight.

After the invasion, full-scale protection of nature in russia may become impossible. Total censorship together with a ban of independent media and NGOs will hamstring any meaningful attempts to ensure ‘sustainable’ use of nature.

russia’s boreal forests, which represent the largest forested region on earth, also suffer from large-scale illegal logging, as documented by numerous parties. Some of russia’s wealthiest individuals have also been complicit. Truly independent oversight of these activities may become impossible without endangering the safety of those involved. With the EU, US, and UK being the major markets for this wood, this may have unforeseen consequences for companies seeking to comply with laws in these regions that require steps to be taken to ensure timber they buy is legal. The top importers of Russian wood include large multinational energy, paper and wood giants like UPM, Engie, Mondi and International Paper who may well need to reconfigure their operations to respond to a changing geopolitical landscape.

But there may also be worldwide impacts. Sweeping sanctions against russia will cause drastic changes in world trade and supply chains. They could lead to intensification of the use of natural resources, for example – an increase in oil production in the U.S.

To take another example from agriculture: Russia and Ukraine jointly account for more than 30 percent of the world’s trade in wheat and barley, 17 percent of corn, and over 50 percent of sunflower oil, seeds, and cakes for feeding animals — but all Ukrainian exports from the major trade routes via the Black Sea ports have stopped because of the war. If sanctioned, Russia will likely also reduce its export of these products.

As a result, we may observe an increase in supply from other countries, which may lead to increased land conversion and further deforestation, especially in tropical regions.

The same is true for any other natural resource from the region. For example, a decrease in the export of Russian and Belarussian timber may lead to the intensification of logging in other countries in Europe, the US or Canada.

Here in Ukraine, my own organization, along with our partners here, have dedicated significant time and resources over the years to protect the unique forests of the Carpathians from illegal and unsustainable logging. These forests are full of rare and beautiful animals and plants. The iconic big cat, the lynx, calls these forests home. As the central country in the Carpathian arc, what happens to these forests has knock-on effects for the whole region.

The impacts of this war on the global economy may result in environmental issues becoming a low-priority. It currently seems inevitable that russian invasion will impact the environment on a global scale. NGOs in the EU have already expressed concern about the ‘’darkly opportunistic reaction by some forest industries to remove forest protection measures and facilitate increased logging.’’

Therefore, it is of great importance to stop russia right now.

International environmental organisations wield huge influence over governments and companies in the west, and none more so than NGOs like WWF. They can impact certification systems like FSC Forest Stewardship Council, of which WWF International is a member] and MSC [Marine Stewardship Council], they can also impact international companies, many of which they are partnered with. Their intervention can support limitations on the export of russian products, therefore making russian economics too weak to support full-scale warfare. Pressure needs to come from all quarters.

But the current “apolitical” position of large international NGOs like WWF proves their impotence, their inability to react to global challenges in a rapid and meaningful manner. These are extraordinary times, for Ukrainians like me and for all of us. And they require an extraordinary response. So far, there is no sign that the leadership of WWF International is taking heed.