HOW DO FORESTERS MISINFORM US ABOUT OLD FORESTS? 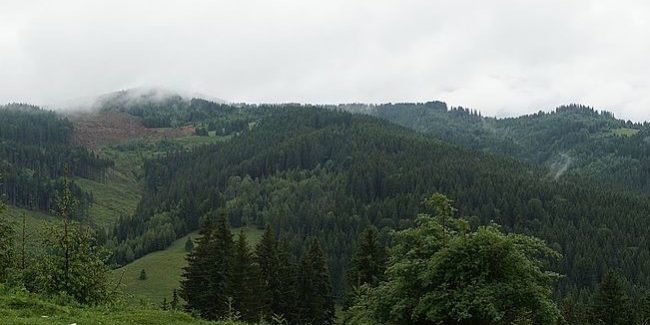 Taking advantage of the war, Ukrainian authorities are increase the volume of logs. According to the Ministry of Environmental Protection and Natural Resources of Ukraine and the State Forest Resources Agency of Ukraine, they plan to cut one and a half times more than usual. What do they plan to hack in the first place? Of course, the old forests. To do this, foresters say that old forests need to be cut down to “increase biodiversity” and prevent climate change. The issue of old forests has been widely researched for decades in Western European countries. The research results contradict the theses of Ukrainian foresters. Therefore, we explain how Ukrainian forest officials manipulate by talking about “overripe” (i.e. old) forests.

What is an “overripe” forest?

When foresters talk about ripe or overripe forests, they mean “economic” ripeness. That is, the age of the tree when it is best cut down to earn the most money. Because then the wood will already “deteriorate” and its cost will fall.

But there is still ripeness natural or biological. In other words, the maximum age to which the tree lives. There is a huge difference between “forester” and biological ripeness.

For example, the “forester” ripeness for scots pine is from 81 years. But biological ripeness is up to 400 years. The forester’s ripeness of oak is from 101 years, biological – reaches 600. Trees can live much longer than foresters give them.

How many overripe forests are left in Ukraine?

There are really few old forests in Ukraine, where there are at least some really old (and not just “ripe”) trees – quite a bit, less than 10%. And even less of those that are not badly damaged by logging.

Old forests are very resistant to pests and diseases!

Indeed, overripe artificial forests (primarily monocultures) can be sensitive to diseases, and pests and even dry out massively (although not always). Because such forests are created from single-age trees of the same species. Therefore, these forests are like an eatery for example, for bark beetles. Often these trees grow also where in natural conditions they should not be. Therefore, they are weakened and less resistant to diseases or pests. This is all a consequence of outdated ideas that foresters used a hundred years ago (and continue to use now).

Instead, natural overripe forests are often resistant to the entire spectrum of negative factors. They are diverse at the species and genetic levels. Even if some old trees die, the young will quickly take the place of dead ones. Even if bark beetles eat all the trees of the same species, there will be other trees that will take the place of the dead. It is important that natural forests can better adapt to climate change. Also, the sustainability of forests is influenced by their size and what they border. Even a natural old-age forest surrounded from all sides by an artificial monoculture will be less stable due to the so-called marginal effect. If the natural area is small or fragmented, this effect can lead to its loss.

There is an idea that old forests absorb as much carbon dioxide as they release. Most often this is not true. Pristine forests do absorb relatively less carbon dioxide than young artificial forests, in which trees grow rapidly, although there are nuances.

However, it is equally important that forests store carbon absorbed from the atmosphere. And it is stored mostly not in trees, but in forest litter and soil.

Old forests contain significantly more carbon than young artificial forests. Its largest volumes are stored in natural undisturbed forests. Any logging in natural forests – continuous or selective – will certainly lead to the stored in forest soil carbon release into the atmosphere. Therefore, any talk that it is useful for the climate to cut down old forests is absurd.

Biodiversity conservation will not be possible without old forests!

It would be interesting to see at least one study showing that biodiversity is declining in old forests. Many scientific publications and common sense help us to do opposite conclusions. Large-scale logging, which reduces the area of old forests, is one of the main reasons for the forest diversity degradation!

Old-growth forests are leaders in the biodiversity conservation. There are hundreds of animal, plant, fungi, and lichen species that you will not find in young plantings. The abundance of birds and mammals depends on the presence of old hollow trees; other animals dig holes in pits in pits after old trees falling. Many living organisms cannot exist without enough dead wood. The bark and cavities in old trees shelter many animals. Also, old trees form mycorrhiza with mushrooms. Therefore, many mushroom species are found only in old forests. It is not surprising that most of these species are rare and endangered, they are protected by the Red Books of many countries. For example, the study shows that a positive effect on biodiversity begins to appear in 80-90 years spruce forests. At that time, the age of ripeness of spruce, according to foresters, is defined as 51-60 years in operational forests and 61-70 in others.

The authorities plan to increase the logging volumes. But say this does not apply to forests which are protected or restricted. Is that true?

For example, in Ukraine, almost half of the wood is obtained during sanitary felling. They can be carried out almost everywhere. Ukrainian reserves, national parks and biosphere reserves suffer from sanitary felling no less than forests without any protection. The same goes for many other types of logging. Therefore, the logging increase in Ukraine threatens not only the old forests, which are “exploited”, but even many protected forests.

Can they be believed?

Foresters do not give references to specific studies, only tell that their scientists have investigated something there. Not too convincing, right? In addition, the quality of research by Ukrainian forest scientists raises questions. Firstly, many “forest” institutions are directly dependent on the State Forest Resources Agency. Secondly, their research is published mostly in obscure Ukrainian scientific journals, where you can print anything. So it is not about any independent peer review like this is what all normal scientific journals of Western countries do.

As a result, Ukrainian forest science seems to exist like in a parallel universe, where old forests are for some reason a huge threat.